10 Celebs Who Allegedly Married For Money 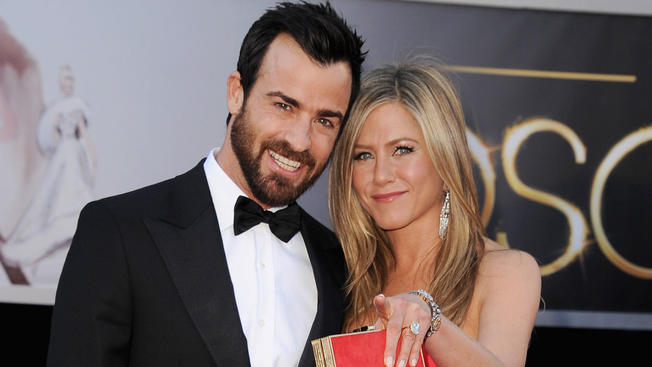 It can be hard to try and find the right one, when you’re an A-list celebrity looking for love. Especially when considering the fact that so many will just be out for the money. It’s arguable to say that celebrities who date other famous stars. Needless to say, all of these relationships may have been genuine from the person with the money. It’s so bizarre to think that one would go through the effort of getting married to a wealthy celebrity. Just so that they can divorce them right after and take a fortune from what they have earned in their career. And it isn’t necessarily always the ‘broke’ person in the marriage who is looking for some additional income. Big time stars are known to marry for money, too. One celebrity, in particular, did just that. The list below proves just how crazy some people in Hollywood can be. Here are the 10 celebs who are believed to have married for money.

While their marriage lasted a whopping seven years, Mariah Carey’s fans were convinced that Nick Cannon was out for her money. And it’s not hard to think why. The ‘We Belong Together’ songstress is reportedly worth $500 million, which is mostly formed through the fact that she has written almost all of her own songs. Nick, who is said to be worth $25 million when they married, may have considered the idea of marrying Mariah a come-up. Regardless of whether his intentions to marry Mariah were genuine, they still lasted longer than people had thought. 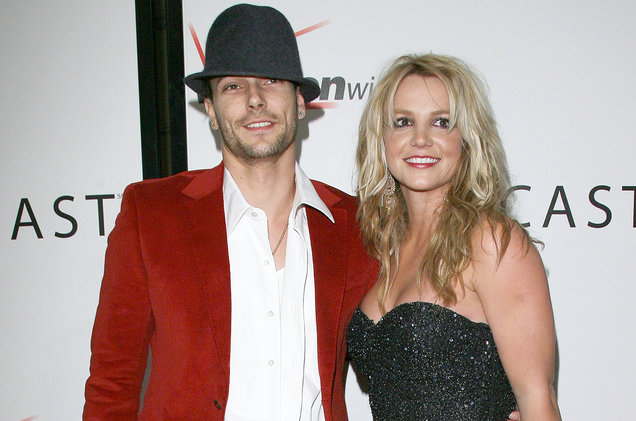 There was not one person who didn’t have an opinion on Kevin Federline when it was confirmed that he was seeing pop princess, Britney Spears. The couple were always out at a club in Hollywood. And many people actually blamed him for Britney’s sudden meltdown following her divorce from the former choreographer. Their marriage didn’t last more than three years, and it is believed that Kevin got a nice payout following their split; not only for the divorce but also because Britney’s camp didn’t want him spilling secrets to the media. 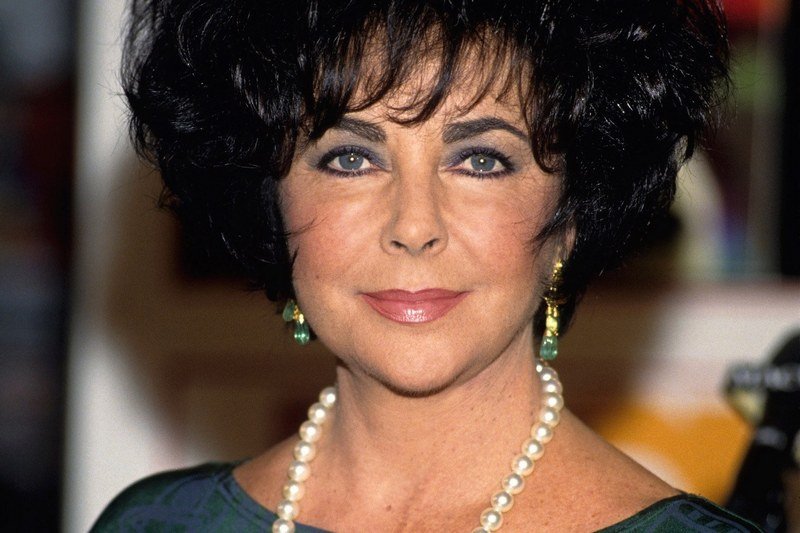 Elizabeth Taylor had to be featured in this list. In her lifetime, Taylor clearly didn’t view marriage as something that is long-lasting, seeing that she ended up getting married eight times. Oh, and can you guess what all of these men had in common? Well, they were all rich and splashed millions of dollars to spoil Elizabeth with diamonds, necklaces and other kinds of jewelry. By the time of her death, Elizabeth Taylor had a stunning collection of necklaces and pearls, all which had been presented to her throughout her marriages. It’s funny because she never chose to give them back, either.

Well, she has been married three times. Kim Kardashian is said to have married for money twice. Once when she got with Kris Humphries, and most recently to Kanye West. The Kris situation was pretty funny; according to sources, Kim was paid $20 million to sell exclusive rights for her lavish wedding. This included TV rights to document the wedding, the rights to sell the pictures, along with designers willing to design dresses in the worth of $250,000 just for Kim to wear on her big day. Now that she’s married Kanye, who is relatively wealthier than Kris, people can’t seem to change their mind on the supposed fact that she has married for money again. 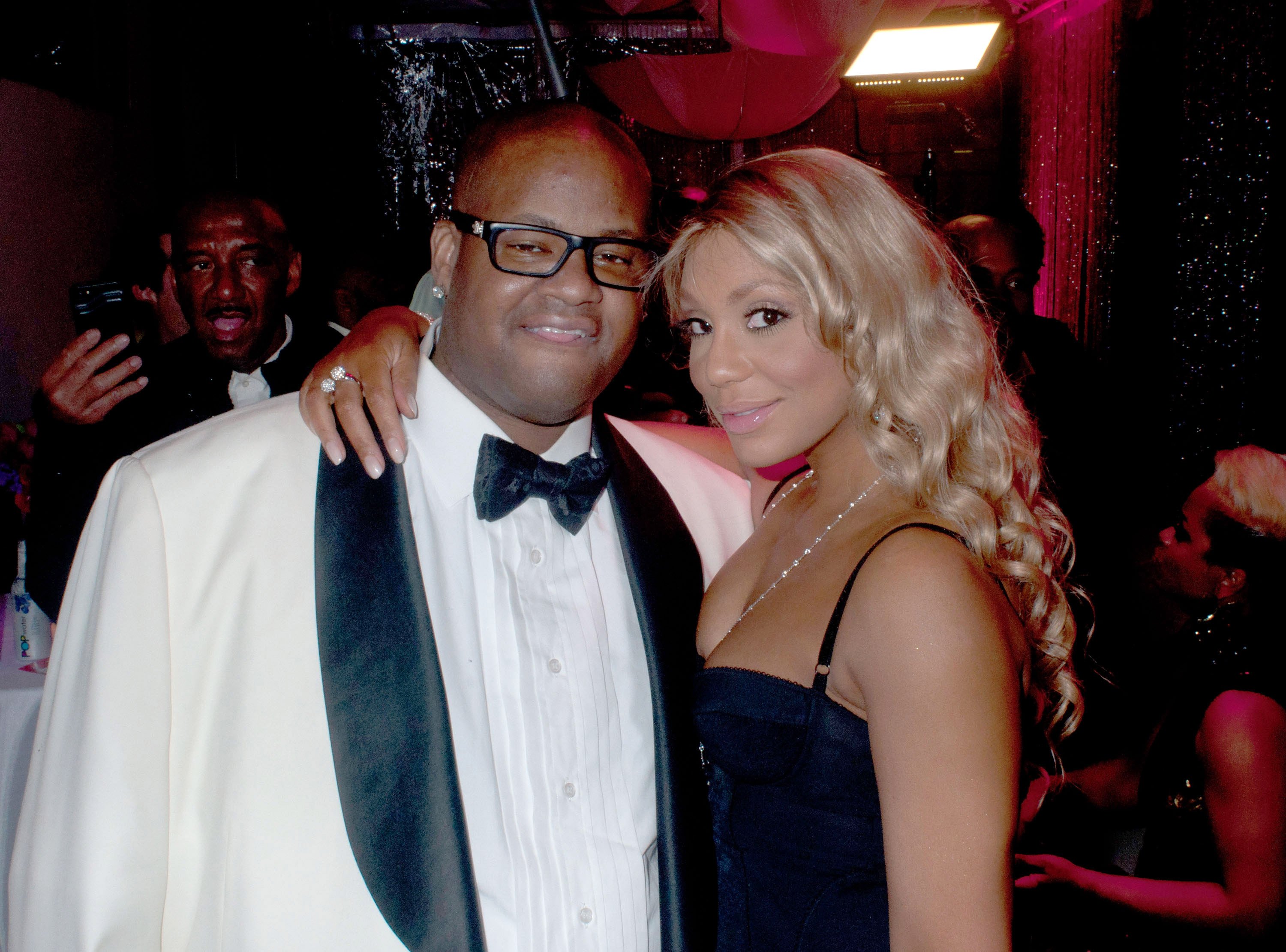 Tamar Braxton has been rumored to have married for money ever since she got with Vince Herbert. The music mogul, who is partly responsible for the success of Lady Gaga, has made a fortune from the artists he has represented over the last couple of years. And the more money that came in meant the more money Tamar would be able to spend on herself. People don’t think she’s a gold digger, but she prefers being in a secure relationship — one that is financially stable, and it seems she’s found a man who has all of those things. 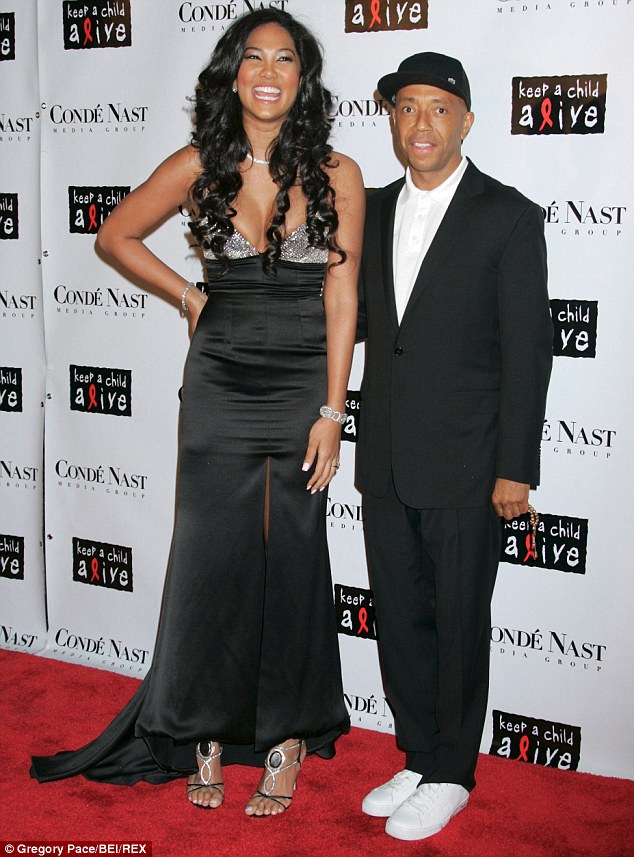 Former top model Kimora Lee Simmons, was just 18 years of age when she met 30-something Russell Simmons, whom she would go on to have two children with. It seemed pretty strange for such a young and ambitious woman to be hooking up with a man in that particular age group, but their marriage lasted quite a long time. Needless to say, everybody had their opinion on the situation, suggesting that Kimora married Russell as a backup plan in case her modelling career didn’t work out. Ouch. 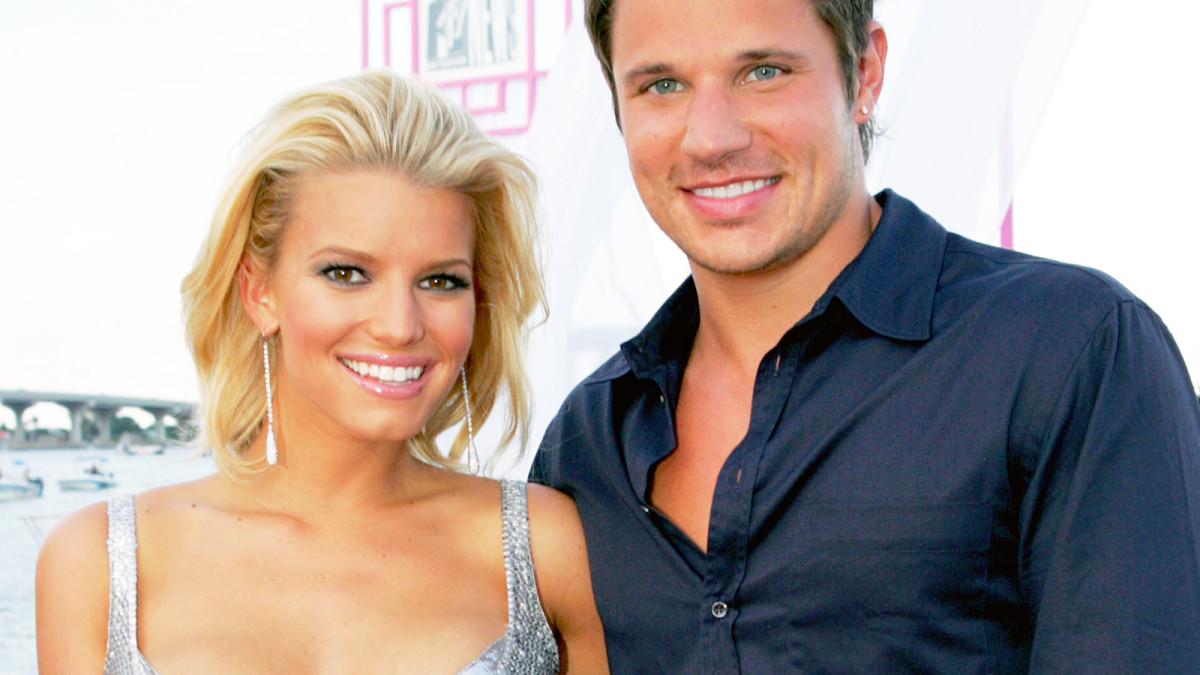 While Nick Lachey was relatively known for having produced some notable songs during his time in a boy group, Jessica Simpson was the one bringing in all the cash. From her album sales to touring the world, and jump-starting her acting career, Jessica was making a lot of money. So when the couple first announced that they were engaged, it was instantly looked upon as if Nick either needed money or more attention finding relevancy in Hollywood again. Less than four years after marrying, the couple divorced. 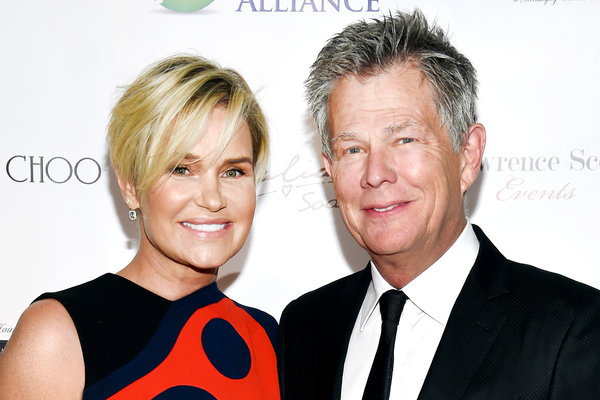 While Yolanda Foster made a considerable amount of money through her previous marriage to a real estate agent, the former model made bank when she divorced David Foster last year. According to reports, Yolanda was sad to have been entitled to millions of the music mogul’s earnings, though, it’s still unclear whether the couple ever signed a prenuptial agreement to begin with. Regardless of the matter, David is also paying for Yolanda’s medical costs for her Lyme disease condition. All in all, the man is the real loser in this case. 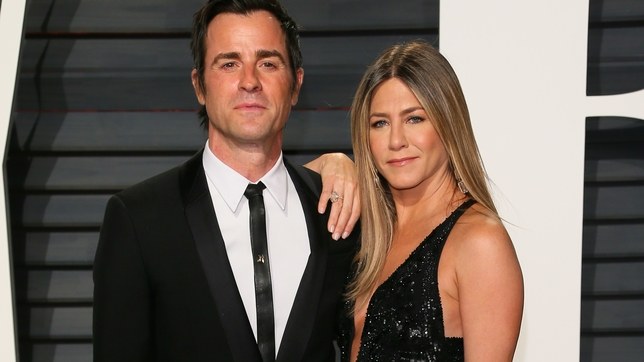 A lot of people have this theory that “broke” actors marry wealthy actresses to make a name for themselves. And while Justin Theroux isn’t exactly an A-list Hollywood star, his new wife Jennifer Aniston, sure is. The twosome took an astounding three years to plan their wedding, which supposedly included a prenuptial agreement. But even though Jen-An has protected her income. There are still so many perks that Justin will receive just from being married to the former Friends star. 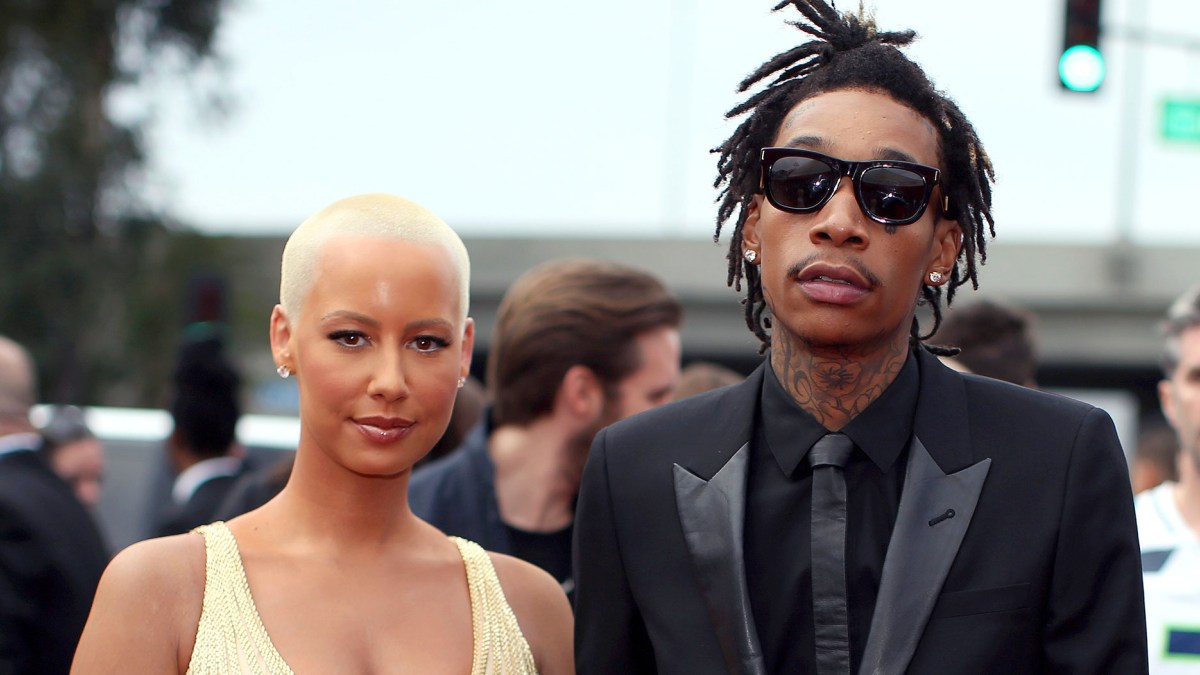 After just one year of marriage, Amber Rose decided she has had enough of Wiz Khalifa and divorced him. But she didn’t leave empty-handed, that’s for sure. The socialite reportedly received over a million bucks for her one-year marriage to the rapper. While the two are still on good terms, many believe that Amber married for money and fame. She needed a so-called come up in order to establish herself further than just being the ex-girlfriend to Kanye West.