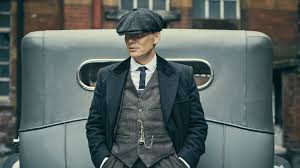 The famous British TV show Peaky Blinders has taken television by storm since it came out. Here are some interesting facts that you probably didn’t know about the fellas from Small Heath.

The real Peaky Blinders who this show was based on were a notorious Birmingham-based gang around the 1890s. They were known widely for their slick way of dressing.

However, this might come as a great surprise for the fans – their crimes weren’t nearly as big as they presented them in the show. Some reports included stealing a bike, and breaking into a drapers shop.

2. Billy Kimber and Darby Sabini were not made up, they actually existed

Billy Kimber actually worked as a bookie, and he ran racecourses up and down the UK. But, one thing was changed in the show – instead of being killed at the hand of a Shelby, Billy actually passed peacefully at the age of 63, in a nursing home in Torquay.

Sabini was indeed one of Kimber’s main rivals. Graham Greene also used him as the inspiration for the Colleoni character in his novel Brighton Rock.

3. Ozzy Osbourne was a great inspiration to the cast members

Helen McCrory (Polly) revealed in an interview that Ozzy played a great role in her act as Polly and that she has him to thank for her Birmingham accent. Her preparation for the role mostly consisted of rewatching videos of the former Black Sabbath front man.

4. Jason Statham could have been casted

The Peaky Blinders show has already cast some of the finest Hollywood talent – tom Hardy, Cillian Murphy, and Adrien Brody. Director Steven Knight was keen on casting Statham, after working with him on Redemption. Sadly, his shooting schedules were booked.

Fin Cole (Michael), and John Cole (John) are real-life brothers. Thanks to John, Fin got the role in the show. John persuaded producers to take a look at an audition tape, as Fin was studying for finals at the time.

6. The show was filmed in Liverpool

Despite telling the story of a post First World War Birmingham, the majority of the show was actually shot in Liverpool. The reason was that Birmingham looks like a completely different place today, and the producers decided that its best that the setting is instead based in Toxteth, Liverpool.

7. The ending of the show has already been revealed

The produces of the Peaky Blinders has already revealed that the ending of this series will be when the air raid sirens of World War 2 begin.

8. How many cigarettes has Tommy smoked?

If you watched the show, you have definitely asked yourself by now how many cigarettes does Tommy Shelby inhale per episode.

Cillian Murphy has revealed that those weren’t real – they were herbal rose cigarettes. He was informed by the crew that around 3000 of those were inhaled during each series.

9. There were no razor blades in the caps of the Peaky Blinders

The real Peaky Blinders have roamed around Birmingham around the 1800s, where razor blades were considered a luxury. The idea of having razor blades in caps was taken from John Douglas’ novel, “A Walk Down Summer Lane”.

10. The series was not shot in chronological order

The director Knight revealed: “We could be doing episode four in a morning, and the season finale in the afternoon”

To remember where exactly was Tommy at a particular stage, four A4 sheets were put up in Knight’s trailer.

Spectacular Quotes From GOT That You Will Never Forget

Story of the Texas Chainsaw Massacre is More True Than You Think!