Cute Video To Start Off Your Day Right – Must Watch! 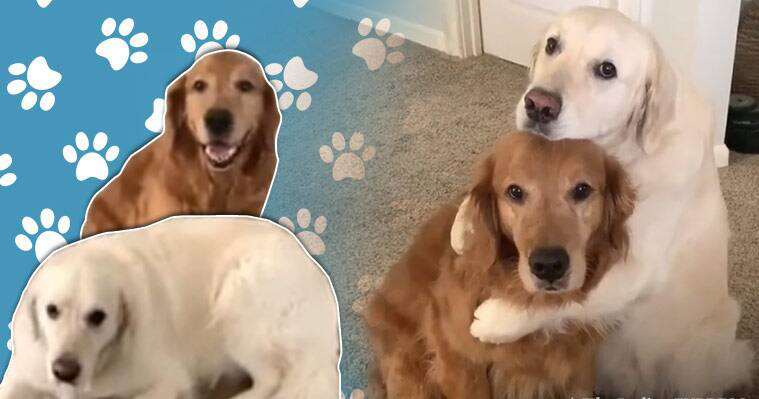 It’s not unusual for sibling to fight over things that don’t belong to them. Well this situation happened between two golden retrievers and their way of making up is melting hearts online.

“Did you eat Kiko’s food?” the woman is heard asking the dog. “I sense guilt in this,” she adds as the dog sheepishly looks down. The video continues as she calls Walter a “naughty puppy” and asks him to apologize to his brother. What happened next is unbelievable – Walter comes up to Kiko and hugs him!

“The apologizing with a hug wasn’t really taught, I guess it’s just Watson’s adorable instinct of just hugging. Now he became familiar with “the hug” when he was a puppy. I watched some YouTube videos and I began to teach him to hug. But little stinker took it to the next level by himself 😂🙈💛🐶”, their mom wrote in an Instagram comment.

Seems hard to believe, take a look yourself. 🙂