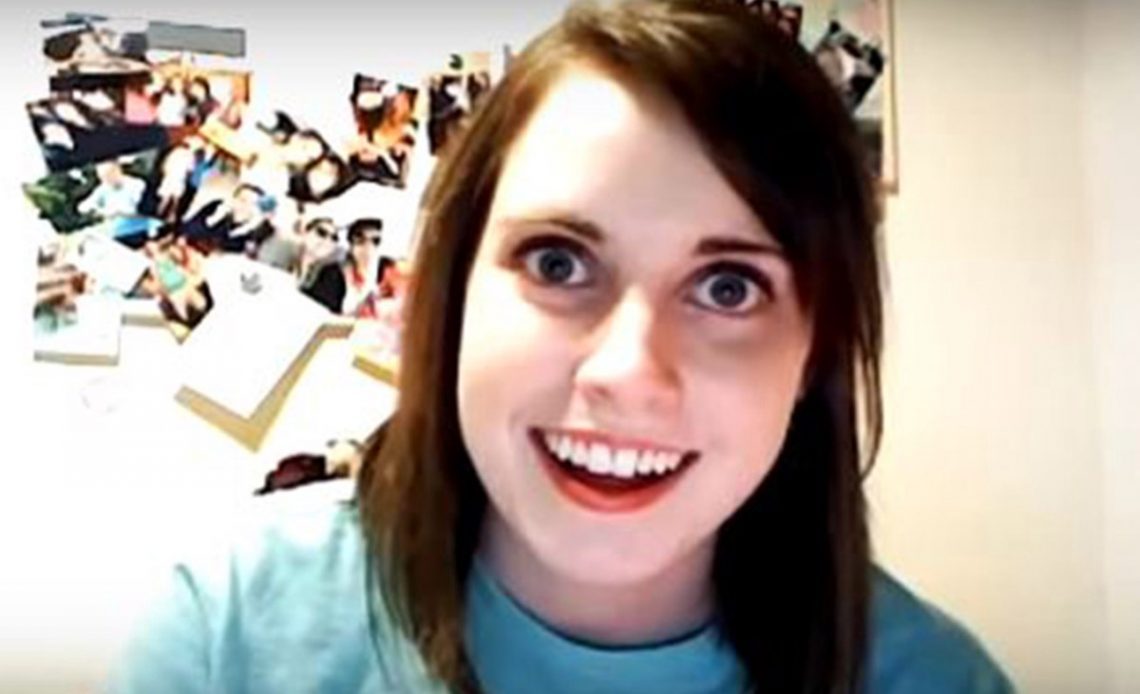 If you haven’t had your share of toxic relationships by now, here is a thread of crazy ex-girlfriend horror stories that will make you want to be celibate from now on. Today we have for you 6 disturbingly hilarious stories of crazy girlfriend/ex-girlfriend situations to make (or ruin) your day.

“When I was a teenager, I had a girlfriend and for her birthday I decided to throw her a huge sweet 16th as a surprise. For about a week I was talking to her sister and her mom almost constantly trying to get everything organized. One night I am at home sleeping and she snuck in and tried to bite the head of my member off because she thought I was cheating on her with her mom and sister. I now have scars of her teeth on my member.”

“Dated a girl 20 years ago who used to complain all the time that she didn’t have any friends and that she was lonely (we’d both just moved to new cities for university). Also being an introvert, I knew how hard it could be to make new friends so I offered to help her out. I kept trying to bring her out with various groups of people I knew, to different events, dinners, and get-togethers. But she’d just sit in the corner and pout, never speaking to anyone outside of one-word answers. Then afterward she’d just complain about everyone and how boring they were. Not surprisingly, we didn’t last long. I broke up with her and it seemed like it went amicably. The really weird stuff started after we broke up though. After about a month she wanted to get back together, but I refused.

So she started leaving “gifts” for me at my house, giving them to my roommates as I made it a goal to spend as much time on campus as possible to avoid having her come over. These gifts were things like packages of uncooked bacon (because we’d cooked bacon together one morning). A dozen tiny cactuses in a paper shopping bag (because I’d casually mentioned one time that I thought a cactus I saw in a shop window looked cool), 6 cans of my shaving cream, four pairs of the brand of boxer briefs I wore, a giant movie poster for the movie we “watched” the first time we had sex on her couch (Deep Blue Sea), a cheese grater (no clue on that one). There were others, but I forget what they were after all these years.

These strange gifts kept getting dropped off for weeks, complete with little handwritten notes about how this specific random thing reminded her of me, or some insignificant event in our three-month relationship and how we should get back together. The last gift was a beta fish, in a small clear bag. I finally went to her place the following Sunday (while her folks were having a bbq, didn’t know that beforehand) and told her to stop, that this was extremely weird and we’d never get back together. She had a fit and started throwing plastic utensils at me as I walked off, while her mother desperately tried, and failed, to stop her from making a scene. Gave the beta fish to my new girlfriend.”

“6 months into a relationship my girlfriend and I decided to rent an apartment and move in together. After a couple of months of living with each other, she decided she wasn’t happy and wanted to break up with me and move out.
After a day of discussing everything, we came up with a plan for her to move out a few days later while I was at work. The break up went really smooth, no fighting, no pettiness, the most adult ending to a relationship I’d ever been through. Move out day came. I went to work while she moved her stuff. She sent me texts apologizing for things not working out, wanting to stay friends, etc… I concurred. I came home after work. Her things were gone, and she even cleaned the apartment before she left. I had a few drinks that night, got a little drunk, climbed into bed, and immediately felt something sharp on my legs. She had taken lightbulbs and shattered them under the bed comforter. 60stitches between both legs. I text her from the ER asking why she would do that.She said she was mad I didn’t put up more of a fight for our relationship and her. Keep in mind she was the one that wanted to end things. I used those texts to press charges. She tried to Facebookme about a year later. I did not respond.”

“Not me, my brother.
Hooked up with a girl overseas. Kept occasional contact online. She tells him she’s visiting our country, and they should catch up. He agrees. Well, turns out she wasn’t visiting, but actually moved to that country “for him”.He ends up spending a bit of time with her, maybe a month kinda dating, then he realizes what’s going on. Eventually, they break up in a fairly large fight. She leaves a note on his door a few days later that she’s pregnant. Keeps at it for months with threats. Starts a mommy blog. Starts posting photos of the “ultrasound”, with updates on how big the baby is. She’s a curvy girl, so even posted a photo of her “belly”.

Starts a new Facebook profile, along with 5-6 other fake profiles. Comments between them all on an almost daily basis. All about her “difficult” pregnancy. Things she is struggling with etc…
Meanwhile, my brother starts dating someone else. Moving on with life. The crazy girl continues with the charade. Starts posting my brother’s face and details on weird websites like “dead beat dads” and “cheaters”. A few years ago now, I forget specifics. Eventually, she moves back to her home country and “has” the baby. With help from her “new man” (one of the fake profiles). But only posts weirdly cropped photos, not showing the face. Like a hand here, a set of feet there. Eventually, we find the source of the photos that she cropped. It’s a friend of her real Facebook profile who has a kid. Case busted. This whole ordeal lasted around 12-15 months before she eventually disappeared.”

“I dated her when I was 15 and she was 19. She convinced me to move out with her and work while I tried to finish school. I was doing morning classes and working afternoons and evenings. She struggled to find work a bit then got a job and started working 40 hours a week. Would get lunches ready for work, come home and talk about training and her long day and tell stories about her co-workers…
Susan’s son got in trouble at school, Gary has to be out for heart surgery, etc… this job lasted about 3 or 4 months, and one-day on my commute between school and work I saw her on the opposite end of town from the workplace.

I brought it up later and started asking more questions. Eventually, it all came out that she had been lying about… everything. She ha’n’t ever had a job, not even an interview. She was lying to her folks about payroll issues, so her dad was funneling her money which she passed off as a paycheck to me. She made up every co-worker, every story, everything. And instead spent a lot of time wandering town, waiting until I left for the day, and going back home to sit on her webcam with her shirt off (long before that was considered a career, so it wasn’t monetized). Then after we broke up, I found out how awful and crazy she really was…”

“She was my first real girlfriend. We dated on and off when I was 16-18. After our first time dating, she accused me of sexually abusing her and told all her friends. They ended up telling a bunch of people, so basically, word got out that I was a sexual predator.
I ended up going to therapy 4 times a week for about 7 months because of how much this messed me up. I dropped out of high school because of my embarrassment, heartbreak, and fear.
I ended up trying to make things work with her, like an idiot, after she reached out to me after 7 odd months of no contact. She apologized for everything, claimed she cleared things up with her friends, and admitted she did it out of anger and has missed me every day since we broke up.
Me being an idiot and still emotionally weak, I believed her. Came to find out that she slept with at least 3 dudes while we were broken up. Two of which were older than 21 (she was only 16 at the time.)”