The MADMEN walked along the rope above the giant wave! 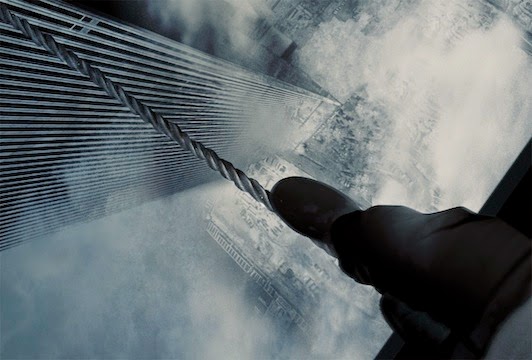 The Brazilian daredevil turned an incredible trick, strolling along a tightrope between the rocks – giant waves raged around him. 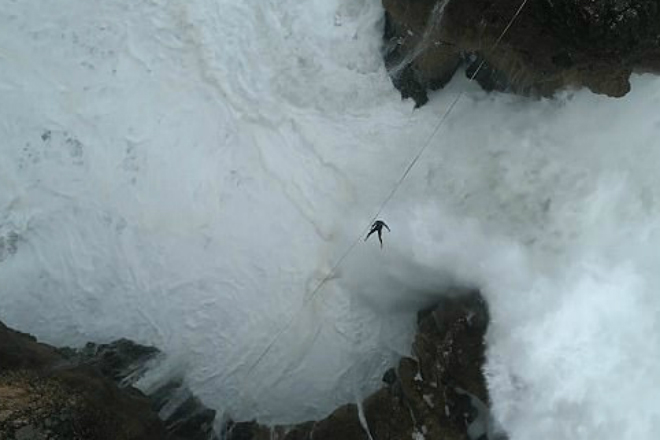 Emerson Machado is not the first time to crank something like this, but he has not yet exposed himself to this risk. Neither he nor his team expected the waves to rise so high.

Spectacular video taken from the drones – the operator simply could not come closer.

Emerson was already in the middle of the road when a giant wave literally licked him from the rope. 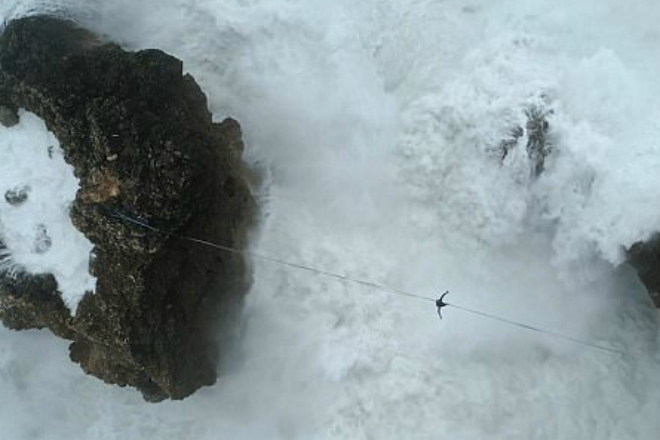 Fortunately, the tragedy was prevented by reliable insurance. The entire event was carefully planned in advance and the rescuers were on duty nearby.

Despite all the precautions, Emerson was frightened to tremble in his knees. In an interview, the daredevil confessed that now he will have to take a short break before the next trick.