Is the Cecil Hotel Actually Haunted? 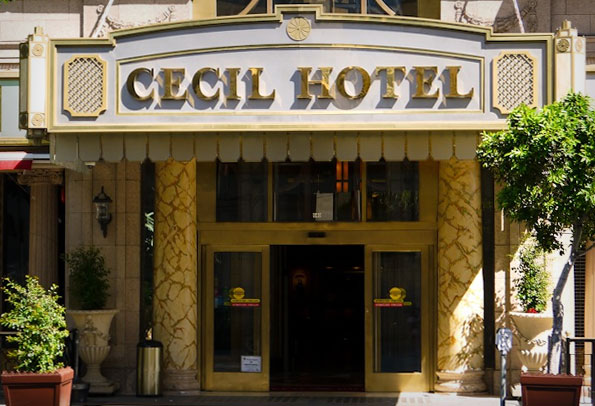 For some reason, there are places around the world that have the most bizarre stories. The Cecil Hotel is undeniably one of those places. Its history of gruesome violence has made of the wildest theories about the death of Elisa Lam – that she died due to a haunting.

Is the Cecil hotel really haunted?

Even though no one has ever proven ghosts to be real, people who believe in them also seem to think that they manifest after someone either dies violently. If we take this as a possible option, that the Cecil hotel could actually be haunted, as a long list of complicated and depressing deaths happened there.

Have people actually died/been killed at the Cecil hotel?

The answer is yes. This hotel has been the center of one of the most discussed murders in Los Angeles history – the case of Elizabeth Short, also known as “The Black Dahlia.” The last time Short was seen alive was at the Cecil hotel’s bar. Another similar case was of a girl named “Pigeon Goldie” Osgood who was in 1964 discovered murdered in her room. This hotel also housed multiple serial killers, like Richard Ramirez (known as The Night Stalker), and Jack Unterweger.
Now you may ask how many people have died in this hotel? As many as eighteen other people have died on its grounds, and most of them are a result of suicide. Percy Ormond Cook, W. K. Norton, Sgt. Louis D. Borden, Roy Thompson, Benjamin Dodich, Erwin C. Neblett, Dorothy Seger, Robert Smith, Julia Frances Moore, Pauline Otton, Helen Gurnee, and an unidentified woman known only as “Alison Lowell” have reportedly died of suicide on the grounds of the Cecil hotel. Then there are also the deaths too complicated to rule as either an accident or a suicide – Grace E. Magro. who is an unknown man was found in 1992, as well as another unknown man who was found in 2015.

Do people really think that Elisa Lam was haunted?

If we take a popular theory linked to Elisa Lam’s death, yes. Some people believe that Elisa Lam was being haunted by the ghosts of the Cecil the last night she was seen. This idea was primarily linked with video footage of Lam in the elevator, and theories that Elisa’s erratic movements were a response to being haunted by the ghosts of people who have died on the Cecil’s property. Police and authorities believe that Elisa Lam’s death was an incident caused by her mental illness.

Here is an interesting TikTok video showing a failed attempt of filming the inside of the hotel with a drone. Don’t watch if you get easily creeped out! https://www.tiktok.com/@peetmontzingo/video/6922605448193510662

This 'Cube' personality test will tell you all about yourself