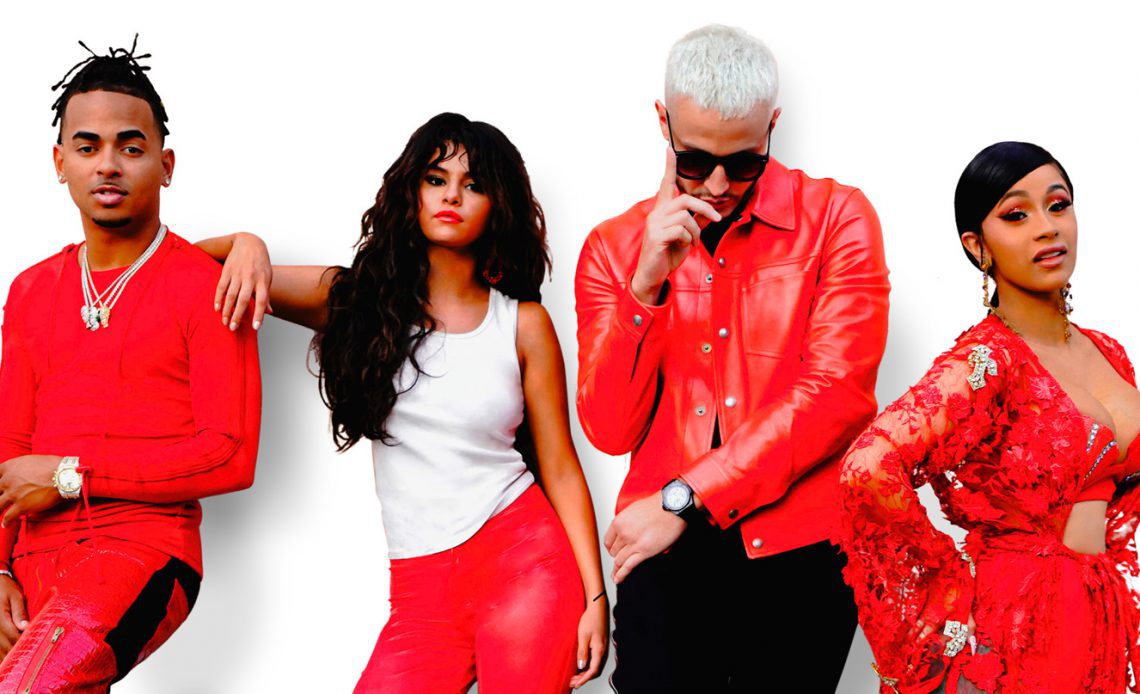 Besides the gorgeous outfits and great talent, the new music video “Taki Taki” uploaded on DJ Snake’s youtube channel is probably the hottest thing this month.

Cardi B’s quote in this song is LEGENDARY:

“But I’m a boss bi*ch, who you gonna leave me for?”
You ho*s got no class, you bi*ches is broke still
I be talking cash, sh*t, while I’m popping my gold grill
I’m a whole rich bi*ch, and I work like I’m broke still
But the love be so fake, but the hate be so real.”

The video also included Selena Gomez, Cardi B, and Ozuna, was released during the 2018 American Music Awards two days ago.

The music video is unusual since it is located in a volcano? The theme is dark and they’re dancing in what seems a volcano crater. And of course, you can’t miss the essentials for a successful music video – fast cars and expensive shoes.

Selena has teased the fans a bit and posted a picture with artists from the video last month.

today was so fun

Cardi B also shared several photos from the set, including one featuring all the chairs of the artists who were in the video, teasing the project.

Although this isn’t Selena’s first Latin track, it’s definitely the biggest one yet. According to Billboard, it’s currently No1 on Latin track. The song recently took downOzuna’s other track, “Te Boté” to take the top spot.

Check out the music video for yourself and be prepared to play it on repeat all day long: