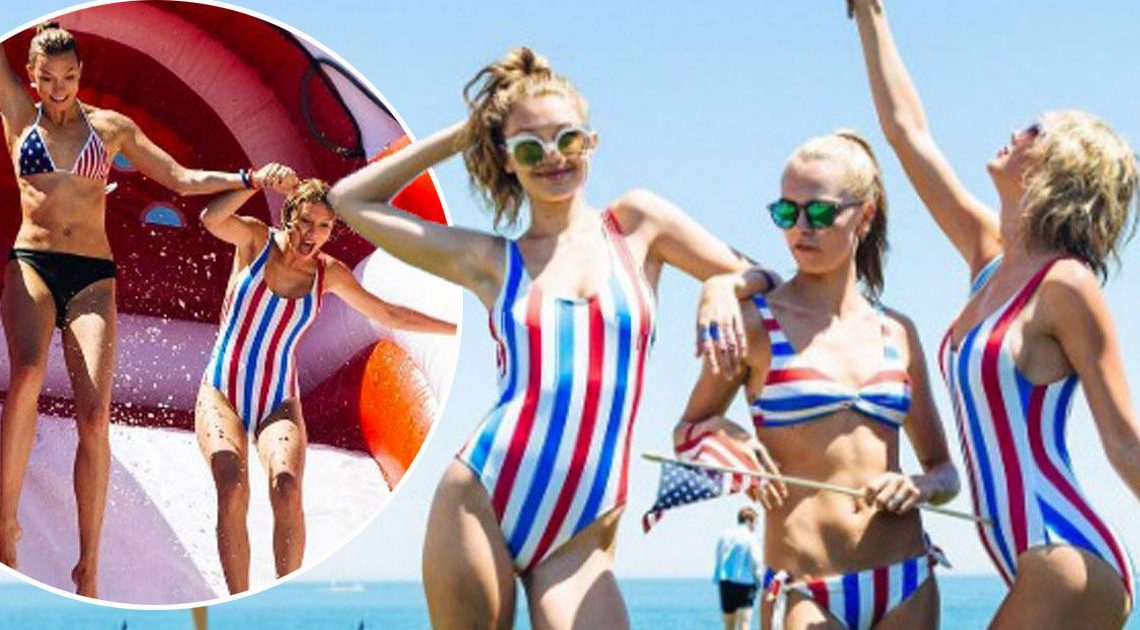 There is no party like a Taylor Swift Fourth of July party.Taylor Swift took a much-needed break from her Reputation Stadium Tour with her boyfriend, British actor Joe Alwyn, over the 4th of July holiday in Turks and Caicos.

The pop star started a tradition of hosting an Instagram-friendly beach bash a few years ago, complete with red, white and blue bikinis, super fun activities and delicious barbecue and baked treats, at her Rhode Island beach home for her squad of besties on Independence Day.

Last year’s party got guests such as Martha Hunt, the HAIM sisters and Gigi Hadid—all of whom also came to Swift’s 2015 bash, plus models Karlie Kloss and Cara Delevingne, Blake Lively and husband Ryan Reynolds, Uzo Aduba and her Orange Is the New Black co-star Ruby Rose, singer Rachel Platten and the singer’s then-boyfriend and British Thor star Tom Hiddleston. The two packed on the PDA while frolicking in the ocean and he also wore a now famous “I ♥ T.S.” T-shirt.

The bash featured an inflatable slide, which was also used in the singer’s party the year before.