This creature was hiding in the living room wall!

A man in Bangkok heard a disturbing sound in the wall and found a dangerous neighbor in his house!

A frightening incident occurred in Bangkok, Thailand. Somchai Sabdeng watched the television in his living room and heard a strange hollow noise from the wall. He put his ear to the wall and noticed a hiss. Somchai jumped back in alarm and called rescuers!

The specialists made a hole in the wall with a hammer and saw a python 4.5 meters long, which was curled inside the wall by rings and stuck there. Mr. Sabdang said: “I’m not afraid of a snake if it is stuck in the wall, but if it crawled to the ceiling, it fell on me while I was sleeping.” 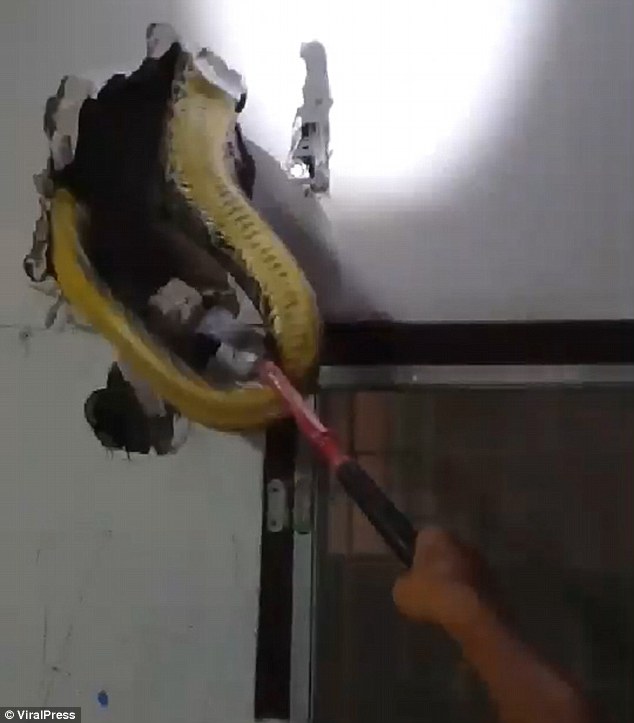 Rescuers said it was an unusual place for a snake. Apparently, she penetrated through the hole to hide from the rain but was locked in a tight space, as in a trap. Python was put in a sack and taken to the wilderness, where he was released.