Vanessa Hudgens “Lay With Me” is “High School Musical” 4? 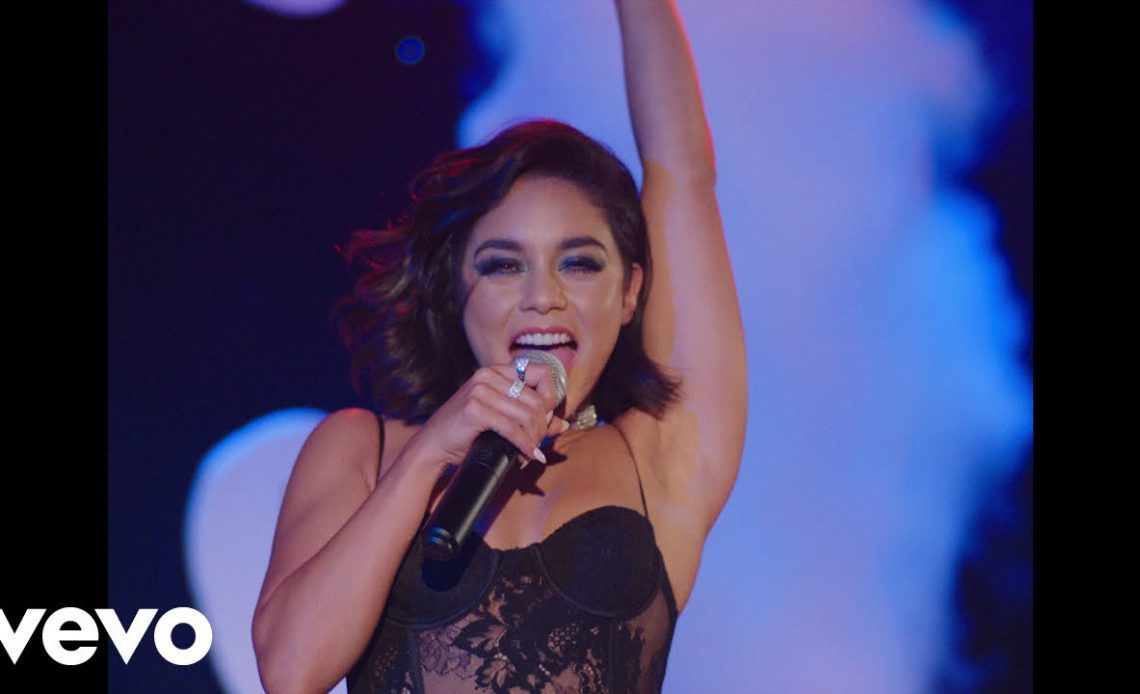 A couple of months ago, Vanessa Hudgens made High School Musical fans wild by saying that the new music video “Lay With Me,” is going to make HSM fans very happy.

Vanessa confirmed this in an interview.

“The fans are going to freak out over the music video because it’s very nostalgic,” she told Bustle.

On Wednesday, the music video “Lay With Me” came out and it’s basically the HSM 4 that fans have never gotten.

The video starts with Vanessa singing on stage that resembles the stage from HSM “Breaking Free” scene when Troy and Gabriella had to sing for their callback audition.

In the music video, Vanessa looks to her left, over of the Phantoms (just like she looks over at Troy in the movie), and they are wearing the classic Wildcat red color. Then, Vanessa looks on the other side at the piano guy, who resembles Kelsi from the movie, but a guy.

Just like in “Breaking Free,” Vanessa eventually gains the confidence and gets over her fear of singing in front of a crowd, she takes off her lab coat and starts to really get into the performance.

The scene after is legendary because that’s when the Wildcats suddenly appear behind her and start dancing, just like “We’re All in This Together.”

The video ends with Vanessa suddenly changing clothes, makeup and hairstyle to this sexy-goth-like look. The Phantoms start suddenly breaking everything on stage, and Vanessa joins them. We think she misses High School Musical as much as we do.