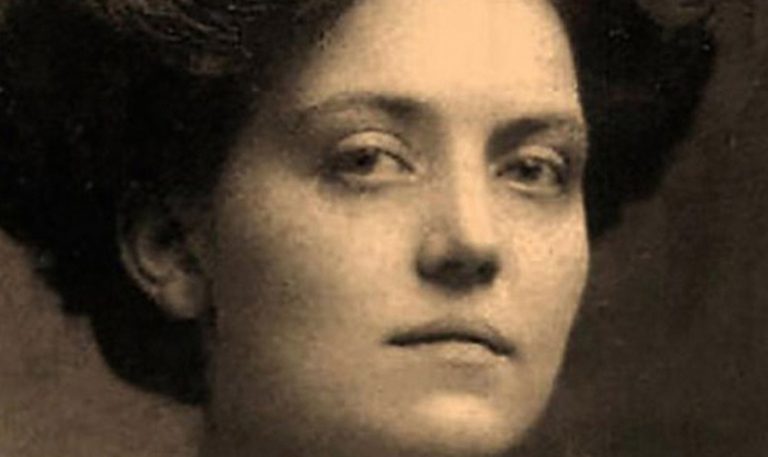 It really up to your subjective judgment to say if Violet Jessop was the luckiest or the unluckiest woman in history.

Violet Jessop began working as a stewardess on ocean liners, on Orinoco in 1908 at age 21.

The first shipwreck had no fatalities

A year after she first started working, the ship she was working on, Olympic, collided with the British warship the HMS Hawke while the two were passing through a narrow strait. Luckily, even though both ships were damaged, they were not completely destroyed and there were no fatalities.

The second shipwreck she survived was the famous Titanic

While the Olympic was under reparations, she started working on another White Star Line ship – RMS Titanic. Jessop was onboard when the Titanic struck the famous iceberg and sank, but luckily she found a lifeboat and saved herself.

After two shipwrecks she boarded Britannic during World War I

Even after surviving two shipwrecks, Violet Jessop served as a Red Cross stewardess aboard the HMHS Britannic, during World War I. The Britannic was actually a hospital ship and was transporting wounded soldiers when they hit a German mine. The ship sank, and Jessop and many other passengers barely survived, since they were almost sucked into the ship’s propeller blades.

After barely surviving three shipwrecks, Jessop recounts her story in her book “Titanic Survivor: The Newly Discovered Memoirs of Violet Jessop Who Survived Both the Titanic and Britannic Disasters”. This is how she earned her reputation and is even today known as “Miss Unsinkable”.