Why You Might Need a VPN and You Don’t Know It? 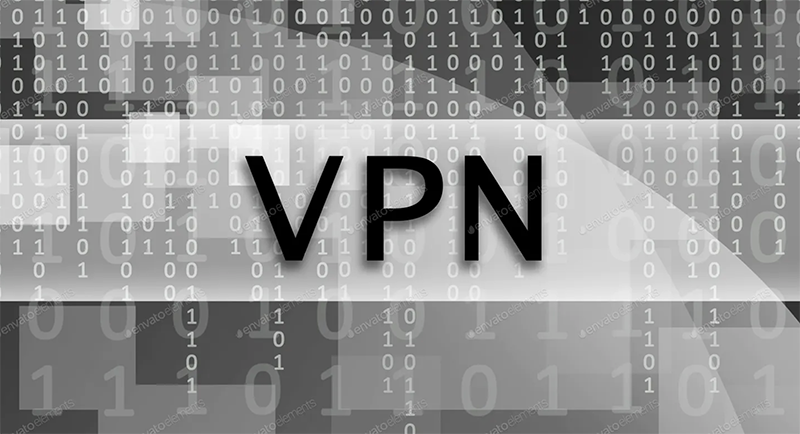 Have you ever connected to some public Wi-Fi network and wondered if your online behavior was being tracked by anyone? It’s a perfectly fair concern since your privacy can be at stake in these situations. You can protect your details from prying eyes and get some online privacy by using a virtual private network (VPN).

Unless you use a VPN, you become low-hanging fruit for criminals when you use Wi-Fi networks that aren’t under your control, such as those at coffee shops, hotels, or airports.

There’s a lot of misunderstanding about VPNs, including what they are, what they do, and what they don’t do. VPNs give your online activities an extra layer of protection, but what data do they protect and how do they do it?

What Is a VPN, and How Does It Work?

A private tunnel is the clearest and most common example used to describe how a VPN operates. Think of the internet as a freeway. The highway enables data to flow between servers and devices all over the world. Let’s call the data ‘packets’ and consider VPN as a tunnel. Rather than using public roads to send and receive products, your packets pass through a secure, private tunnel.

Furthermore, you never send or receive packets directly –  instead, you rout them through a third party, which is the VPN provider’s servers. So you send a packet to a VPN provider server, and the VPN delivers it to its final destination. Similarly, you never receive packets directly because they must first pass through the VPN. Anyone sending you a packet would assume it arrives at the VPNs address and will have no idea where you actually are. Your true IP address is hidden because your traffic is exiting the VPN server, which masks your identity and location.

VPNs protect you not only from hackers but also from websites you visit and other online services you use. Only the IP address of the VPN server will be visible to the people who run the websites and services, not your own.

The websites you visit and the online services you use can’t say where you are located because of the routing mentioned earlier. So when you link to VPN Luxemburg, any website you visit will automatically assume you’re in Luxemburg, allowing you to access sites and services that are only available to users in that location.

Also, if you’re in a region with online restrictions or censorship, you can usually get around them by connecting to a VPN server in some other, unrestricted area.

What a VPN Won’t Do

Cookies allow companies to monitor your internet use even after you’ve left their pages, whether you’re using a VPN or not. But luckily, many browsers have privacy features that can help you protect your privacy, particularly when it comes to avoiding browser fingerprinting.

8 Benefits of a VPN You Might Not Know About

Websites and apps can track your online behavior in real-time and analyze the data they collect. A VPN will help keep the information you send and receive anonymous and secure by preventing web browsers and others from accessing your connection. Some VPNs also encrypt your data with military-grade 256-bit encryption.

2. Protect Your Data from prying eyes

Data throttling happens when you use a certain amount of data and your internet service provider slows it down as a result. Not only will your data be protected from prying eyes like ISPs and others, but you won’t be subject to a data cap if you use a VPN. ISPs will set data limits to help some of their customers get the most out of their internet.

You may have encountered bandwidth throttling if you’ve seen slower internet speeds on different websites and at different times. ISPs — or those with administrative access to your network — may be to blame for that. A VPN can help with this. By encrypting your device’s internet traffic, it will prevent the sluggishness. This hides the destination of your web traffic and prevents others on the same network from seeing it.

4. Services not available in your area – not a problem!

Some VPNs may be able to unblock geo-restricted content from Netflix and other sources. How do they do it? A VPN will hide your IP address, causing the content provider to believe you’re browsing in a different location or area where access is permitted. Note: Always review the streaming service’s Terms of Service agreements to see what’s allowed and follow those rules. Also, keep in mind that using a VPN to get around a country’s rules can result in penalties.

5. No Censorships When Travelling Abroad

Some VPNs will assist you in bypassing geographical restrictions. Some countries, for example, limit or ban access to certain websites, such as social media platforms, or censor specific content. A VPN, on the other hand, can be able to help you gain access by making your traffic appear to come from a different location. Note that it is the user’s duty to determine whether or not their use of a VPN is legal, and to review the country’s laws before doing so.

6. Available Sports Events – No matter where you are

Some VPNs will get you access to geo-restricted sports coverage. If you’re outside the United States, a television network like NBC, for example, might not be available to watch. Viewing can be possible with the use of a VPN. Nonetheless, review your streaming service agreement for its Terms of Service, and be aware that using a VPN to bypass its rules can result in penalties in some countries.

Long-distance phone charges can be reduced with the use of a VPN. For example, instead of connecting to a company’s intranet through remote access servers and dial-up networks, you might connect to your local ISP access point.

Since maintenance can be outsourced to third-party service providers who can support a lower cost structure due to their many clients, using a VPN can help businesses reduce the cost of maintaining servers.

Not sure which VPN to use?

Looking for your perfect VPN? Learn more here and pick the best. If you just want to get started with online privacy security right now, here’s our top pick – Nord VPN. It has some of the fastest server connections, great security, and is very easy to use.

This VPN service provides you with a free, encrypted tunnel through which you can send and receive online traffic. Nobody can see through the tunnel and access your internet information. If you want to feel safe when using public Wi-Fi, NordVPN is the best VPN to use. Encrypt your internet connection) for online privacy and protection.